After standing ovation performances at the Cole Porter Festival in Indiana, and Porter’s expatriate environs in France, Elizabeth Doyle and David Edelfelt are zeroing in on the next logical stop. On April 19, they will extend the Porter hometown tour with their tribute show, De-Lovely, appearing in Porter’s primary domestic residence, New York City. 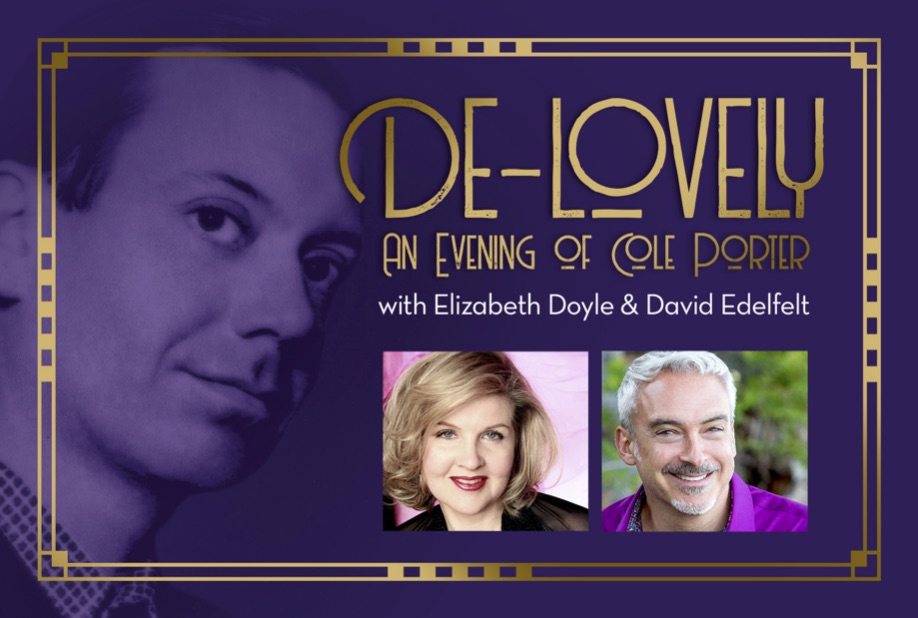 And not just any venue in NYC, but at Feinstein’s/54 Below! The Big Time. And so, as a warmup, they had an out-of-town tryout last weekend at the church where David has served as the choir director for years, the First Presbyterian Church of Libertyville. Another standing ovation.0

Doyle and Edelfelt work so well together because their talents are so complementary. They both sing and play the piano, which gives their show great flexibility. On some songs they accompany each other, on some songs they accompany themselves. They augment the usual solo-duet variations by singing one song as an a cappella duet (“True Love”) and performing another as a four-handed wordless piano piece (“C’est Magnifique”). They vary the tempos as well, spicing up their song list with some jazzy interpretations and a bit of scat. Only one of their numbers is a mashup, David’s combination of “What is This Thing Called Love?” and “So in Love.”

They begin their show with a clever introduction to Porter, substituting their own skillfully written parody lyrics to “Another Op’nin’, Another Show” and “From This Moment On.” And they end similarly with some modified lyrics to the song that provides the title of their show, De-Lovely: an Evening of Cole Porter with Elizabeth Doyle and David Edelfelt. In between, they program an astute mix of Porter songs, from the famous standards (David’s powerful rendition of “Night and Day”) to the forgotten treasures (Elizabeth’s delightful delivery of the hilarious “I’m Unlucky at Gambling”).

Porter was, of course, a tremendously skilled lyricist, both of comic songs and passionate ballads, and David and Elizabeth coax every nuance out of the master’s words. Audience members were seen smiling at all the right moments admiring Porter’s dazzling verbal dexterity.

Elizabeth and David’s show is definitely ready for New York! Pass the word to your Big Apple friends!