SO YOU WANT TO SING CABARET 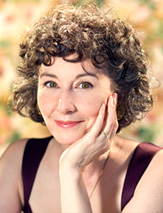 Claudia Hommel made her cabaret debut in Greenwich Village, NYC in 1984, brought the work to Chicago in 1990, débuted in 1992 at the Gentry, co-founded the Chicago Cabaret Professionals in 1998. She began an ongoing weekly workshop in the art of song interpretation in 1999. “SongShop” has been offered by the DePaul School of Music’s Community Music Division since 2003. Receiving Special Recognition from Chicago Cabaret Professionals in 2017, the same year that Claudia and her colleagues launched the Chicago Paris Cabaret Connexion’s first international conference in Paris. She serves as a coordinator for Chicago Cabaret Week, to be re-launched in 2022 and is executive director of Working In Concert. More at www.cabaret-paree.com and www.workinginconcert.org. It seems to me there is no one we know in CCP more equipped to review this important new resource guide. – Daniel Johnson

SO YOU WANT TO SING CABARET: A Guide for Performers 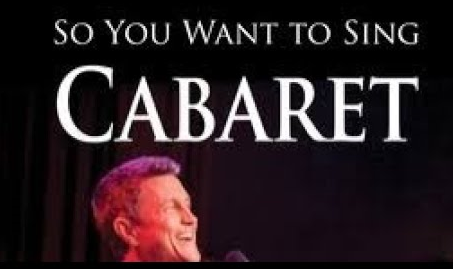 I applaud the author-editors David Sabella and Sue Matsuki for a yeoman job. They took on the task of creating a “guide for performers” of cabaret. In its 400 pages, the book offers a cornucopia of good advice and one inspiring example after the other. The compendium is appreciated for filling an important void, first and foremost, by defining the practice of singer’s cabaret and its craft.

The authors laid out clear limitations: that the subjects of interviews and highlights would be New York–based, and that within the variegated world of cabaret genres they would focus on the solo singer’s cabaret show. Within those parameters, they have succeeded in painting a clear picture of what New York cabaret singers, and by extension many other cabaret singers, need to do to wear proudly the badge of cabaret performer.

The main thrust of the book is on developing a “cabaret performance technique.” The technique is distinguished by the singer’s personal connection to the lyrics and meaning of the song, and making that connection live with a responsive audience. The technique allows the intimacy of performance to hold whether performed in a small venue or a large space.

Since every artist interviewed was asked to speak to the point, the picture is more than crystal clear, if somewhat over-stated.

The context of song-based cabaret is set by 30 pages of various introductions and acknowledgments, followed by Erv Raible’s “brief history of cabaret.” In broad strokes he quickly spans from the 18th century forward, from France to Germany to New York. (It’s understandable that Raible did not speak of Chicago’s plethora of cabaret rooms in the early 1900s before moving on to New York. That’s a history that has yet to be broadly known.)

For a more complete and accurate timeline, there are cabaret histories such as “The Cabaret” by Lisa Appignanesi. Given all the endnotes and biographical dates peppered throughout, it would have been most useful to have included a bibliography for those readers wanting more. For that matter, a broader historical/socioeconomic/artistic study of New York cabaret is available (unfortunately in French only) in Jacques Protat’s extensive 2018 publication “Cabaret New-Yorkais”.

A GUIDE FOR PERFORMERS

After introducing us to key players—the critic Roy Sander (whose year 2000 article could be decried as elitist in today’s context­­­), cabaret booking manager/performer Sidney Myer (who remains one of cabaret’s most generous promoters), national lights such as Michael Feinstein and Ann Hampton Calloway (who have a great deal to say that is worth repeating and will be repeated in many ways)—the “guide for performers” gets down to brass tacks.

There is a chapter each devoted to “legit” singing, finding your authentic voice, the physiology of voice, vocal health, audio enhancement technology, crafting a show, connecting to the lyrics (using acting, speaking and writing techniques), working with a pianist/music director, hiring a director (Jeff Harnar, Lina Koutrakos and Tanya Moberly), producing a show and its costs, promoting the show (and use of social media, emails, websites and people who can help). These chapters are well worth underlining, rereading as needed, with the exception of an overly technical chapter on sound amplification—where a simple set of suggestions for basic equipment would have served more of us. (I’m so glad we have Hilary Feldman’s reports on sound equipment and microphones in our CCP newsletter archives!)

To borrow an analogy, the book feels like a professional singer’s show early in their career. A few too many songs, a meandering opening set, and too much patter. The redundancy of information makes reading the book from front to back a bit of a slog through the underbrush. Yes, cabaret is “lyric-driven”, “lyric connected”, “lyrics are everything.”  The mantra can bear some repeating, but a judicious copy editor would have sliced away the excessive “patter”.

A similar line of questioning is posed to each interviewee. The result comes off like a string of songs having the same structure of verse, two choruses and a triple tag. It is possible that many interviews were pieced together from a written exchange. This may explain why some ideas were deliciously suggested but not followed through. For example, the chapter on Music Directors Alex Rybeck, Tracy Stark and Gregory Toroian was seamlessly woven into a single arch of information from their submitted questionnaires. But, having seen Alex Rybeck in master class, I believe his application of Shurtleff’s Audition guideposts to singers and their songs (another useful book to add to a bibliography) most likely would have come up had they been in live conversation.

If lyrics are the “script” of your one-person show, then the tools needed to lift them off the page must include acting skills. While the editors don’t name these explicitly, interviews with Ann Hampton Calloway, Karen Mason, Lina Koutrakos and others give weight to essential theatrical tools for singers.

There is a paradoxical balance between finding your Authentic Voice and being an on-stage persona. The singing actor develops the self-awareness that helps create a backstory, imagines a “moment before,” embraces the audience as scene partner, projects the movie of what they see in their mind’s eye, and most importantly becomes an accessible person on stage. As Michael Feinstein puts it, “performing as yourself as a solo artist on stage requires a very different persona…  being comfortable with that persona is important.”

And since we are talking about the act of singing, the other side of the “words and music” interplay has to be how the music, that is, its melody, harmony, rhythm and instrumental timbre, serve as fellow characters in your storytelling. This would require a whole chapter of its own: a challenge to pianists to become fellow storytellers.

For all of the book’s heft, there are gaps that warrant being filled with a Volume 2 and 3 and more. And there are contradictory and sometimes arbitrary rules and “should’s” that can irritate. While the author says “There should be no discussion of Italian vowels if your vocal genre is contemporary commercial music,” the next article on vocal production uses those very same vowels to illustrate the key formants that make a voice resonate and therefore communicate most clearly. As several of the interviewees show by their own experience, cabaret performance technique can enrich the craft of every classical singer, theater singer, rock or pop singer for that matter. Cabaret technique is something which contributes to other performing arts.

New York–centrism shows itself most egregiously in a chapter devoted to Organizations and Associations. Representatives are interviewed from the Mabel Mercer Foundation, the American Songbook Association, and the Manhattan Association of Clubs and Cabaret. There is no word about others. A simple listing of groups “in the provinces” would have given recognition to the hundreds of cabaret artists who bring this art form to populations across the nation, including the Boston Association of Cabaret Artists, Cabaret West, Chicago Cabaret Professionals, the St. Louis conference, Michael Feinstein’s own Great American Songbook Foundation based in Carmel, Indiana, and more recently the ongoing international exchanges of the Chicago Paris Cabaret Connexion. The island of Manhattan is too small to embrace it all.

Karen Mason, Steve Ross, Andrea Marcovicci, and Natalie Douglas are introduced as cabaret royalty, and one can hardly argue with the designation. They are among the best singing actors (or acting singers) in our midst. Their experience and their advocacy of the art of cabaret speak volumes. And we are introduced to cabaret coaches/teachers: Lina Koutrakos again, Corinna Sowers-Adler, Lennie Watts, John McDaniel, Tim Schall, and Wendy Lane Bailey. 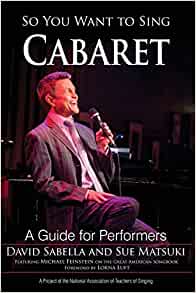 A closing chapter on the future of cabaret brings us four generations of singers, each looking through the spectacles of their age. It would be a pleasure to sit in a room and have a conversation with any and all of the interviewees, and they will be invited to do so as we launch the next Cabaret Connexion to be held in Chicago in August 2021. The challenge to our friends in New York is to break out of the silo. Even as the solo singer needs collaboration (and not just directors “for hire”), we all need the cross-fertilization between genres, generations, and regions.

For reasons social, economic, and artistic, the hermetic cabaret community needs to bust out of the small club confines. The current shutdown imposed by the pandemic gives us time to think through the very paradigm of “cabaret community”. If what we say is true about the importance of this art form to express our humanity, we have to find ways to share it more broadly, beyond the cover charge and two-drink minimum, beyond the “one-hour show, clear the sets, next show.” Ann Hampton Calloway comments (and is echoed by Sidney Myer and others): “The process of finding out, what do you as an artist have to say, how you want to say it, where you want to say it, and with whom you would like to say it, is key in cabaret.”

In these days of renewed social sensitivity, Natalie Douglas’s interview took the most ground in setting the social context for why we need to do what we are doing. “I think what makes it cabaret is the conversation…the interaction between the performer and the audience.” Then she takes a hard look at the socioeconomics facing the public as it has to deal with driving into town for a night out, pay for parking, dinner, a cover and a minimum, to see someone they don’t know.  “Someone accustomed to listening to [pop] music, you cannot expect that person to fall in love with cabaret easily.” Then quoting Nina Simone, “The artist has a responsibility to society—to talk about what’s going on, to fight, and to be an activist if that is necessary.” Natalie continues, “In cabaret, there’s even more room because this is you. What do you have to say? …Great American Songbook songs, whichever era they are from, have ‘skin in the game’.”

I am interested to see how the book So You Want to Sing Cabaret will be used as the guide it hopes to be, the manual that can set the cabaret performer, and their travelling companions of pianists, voice teachers, coaches and directors, on a journey to successful practice and broader audiences.  – Claudia Hommel

Since we first reviewed this guide for cabaret performers, the authors have established an online presence at Cabaret Hotspot, an important development, detailed in Cabaret Scenes Magazine for September/October 2021. – Daniel Johnson