As live music began to re-emerge from pandemic shut-down over the summer and into the fall, CCP was on the move. 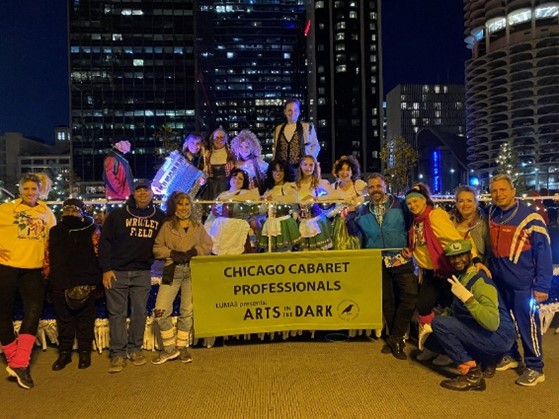 The CCP contingent from Arts in the Dark parade.

Chicago Cabaret Professionals were invited by Mark Kelly, Commissioner of Department of Cultural Affairs Special Events and Luma8 to participate in “Halloweek,” including two parades in one week, the Upsidedown Parade in Washington Park where all the volunteers sang cabaret to passers-by, including Mayor Lightfoot. 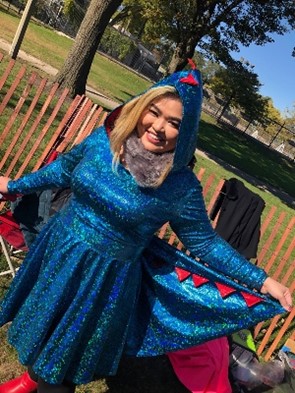 The week-long celebration concluded with a parade of artists called Arts in the Dark, and Chicago Cabaret recreated the float scene from Ferris Bueller’s Day Off, on the iconic Chicago movie’s 35th anniversary, singing “Danke Shoen” and “Twist and Shout” down State Street! 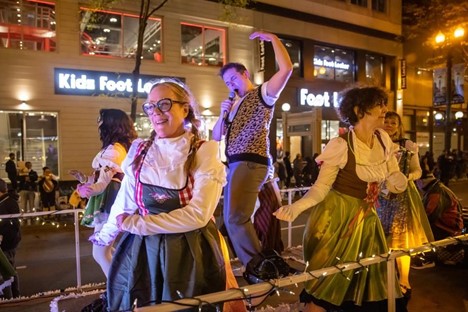 In tribute to Ferris Buller, the CCP contingent dances down State St.

If you didn’t catch the video on social media from the Arts in the Dark parade it is fabulous: check it out here.

As David Stephens reports, when encountering former commissioner Mark Kelly at a South Side social event, he was still enthused and singing the praises of our recent community building efforts, especially the parades and shows in Bronzeville. 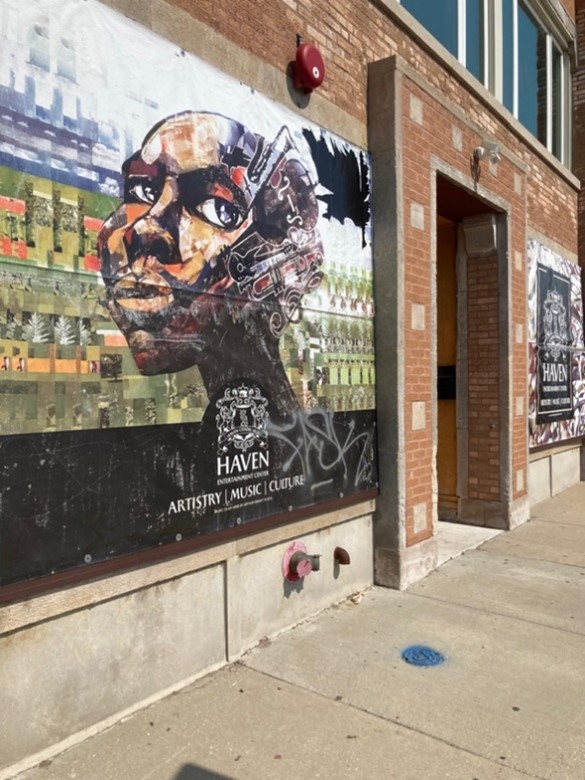 Entrance at The Haven on 43rd St.

This unique event brought together a diverse group of cabaret artists singers, dancers, musicians, musical directors and volunteers — and drew an audience from across Chicagoland.

As part of a citywide celebration of the Year of Chicago Music, 100 Years of Chicago Cabaret! connected the past, present and future of an enduring art form.

The performances were free to the public and made possible by a grant from Chicago’s Department of Cultural Affairs and Special Events, as part of “Chicago In Tune,” a new city-wide festival celebrating Music in the Key of Chicago and the Year of Chicago Music.

The Haven Entertainment Center, in the historic Bronzeville neighborhood, was a venue that hosted an audience of more than 250 over the two cabaret events. 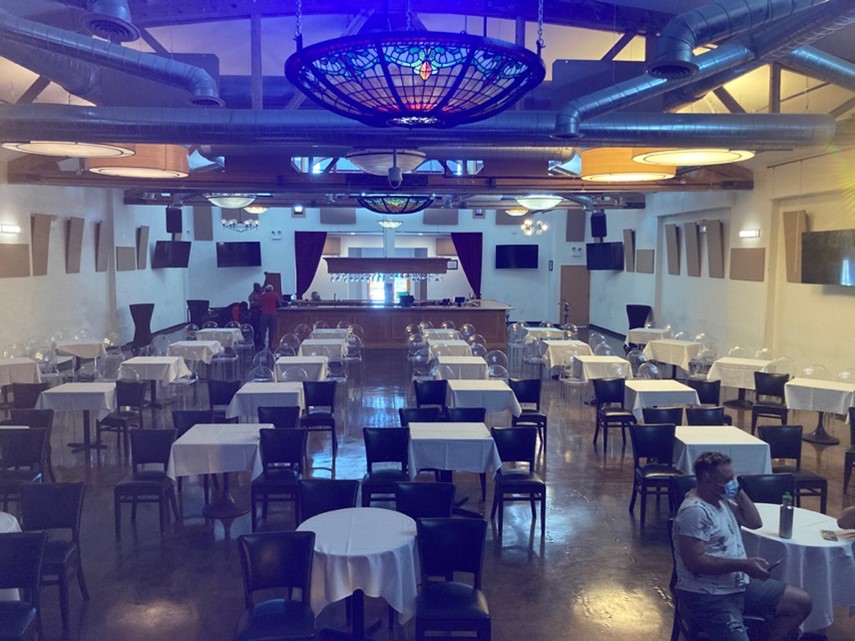 The Haven Entertainment Center, in the historic Bronzeville neighborhood, was a venue that hosted an audience of more than 250 over the two cabaret events.

The performances were publicized in the local and national press, including feature stories, calendar listing, and live interviews. The events were also advertised on social media, and promoted on social media by the producers, and the performers, as well as “friends” and “followers” of participating organizations and artists. The Chicago Department of Cultural Affairs also promoted 100 Years of Chicago Cabaret! as part of a full calendar of events across the city.

At the events, a large team of volunteers welcomed each audience member and were able to answer questions, provide information and sell performers’ CDs.

An important objective of these events was to introduce cabaret into historic Chicago neighborhoods that were renowned cultural centers that are underserved with performing arts. That objective was fulfilled as the audience was largely composed of new fans who have grown our mailing lists, and our social media base. All the performers were making their first appearance at the Haven Entertainment Center, which proved to be an outstanding venue for cabaret.