In the category of news you can use, here are some thoughts from our own Carla Gordon on writing and performing patter in your cabaret show.
Carla is the Chicago reporter/reviewer for Cabaret Scenes Magazine—the national magazine of cabaret. She writes special material and lyrics for singers nationwide. She is the winner of CCP’s Gold Coast Award for all around cabaret artistry. 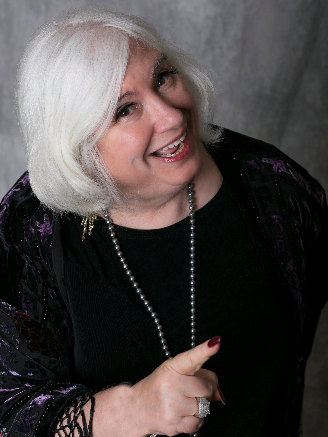 Because an effective cabaret performance should create a meaningful connection between the audience and the performer, it makes sense for the performer to talk with the audience. You may call this talk “patter,” or “dialogue.” or something else.  Whatever it is called, conversation from the cabaret performer accomplishes several among the objectives of good entertainment. Not only does patter enhance the connection between the artist and the audience, it can also add needed variety to the typical one hour or longer cabaret show, add humor or reflection, and make any show meaningful.

Of course, there are ways to patter that will enhance your show while other ways may bomb. What follows is a sharing of some conventional wisdom about patter in cabaret shows.

Know Your Venue and Show

Patter works one way when you are the house singer at a piano bar or restaurant and quite differently when you are presenting a cabaret show of an hour or so. While occasionally asking restaurant guests if they are having a good time might work, it may come across as fishing for praise in a cabaret show. In a cabaret show there is a payoff to writing down your patter and practicing it for a friend. Most of us tend to write more words than needed, so go easy on the adjectives and edit, edit, edit. Fewer words carry more oomph than many.

When to welcome your audience is a choice. If you speak before your first song, keep it brief because folks want to hear you sing. It has become more conventional in cabaret room shows to welcome the audience between the first and second song and occasionally right before the third. It is also a good time to introduce your accompanist and side musicians by name and perhaps by instrument but at this point it should be a brief mention of the names. It’s too soon to gush.

Among seasoned entertainers, “blue” material means off color jokes, references to private parts, and often, the “F” word. Where that might add to the fun when singing at a gay bar, an adult birthday party, or a venue where that is part of the culture, it will get you in the soup at a ladies’ luncheon, any event at a house of worship and, in certain cabaret rooms. Know your venue and your audience. When in doubt, keep it clean.

Your patter needs to be the right mix between your personal thoughts and entertaining the audience. Too many cabaret rookies after taking a workshop or two about how cabaret involves emotional expression create shows that are all about themselves. Unless an audience member is a relative or friend, it’s challenging for them to connect to experiences that are not in their own wheelhouses. Years ago, one of the worst shows I ever reviewed covered a dozen or more of the artist’s breakups. By the sixth one or so, I was ready for my own breakup with that show. If your patter feels too self-centered, most likely, it IS.

That said, audience members want to know about you. Talk about yourself and your feelings from time to time. Tell us why you feel connected to a particular song or composer, or iconic entertainer.

Be open-hearted and at times even a little emotionally vulnerable in what you say and what you sing but DON’T turn your show into a therapy session. If you do, your audience will leave exhausted rather than well entertained.

While few want to attend a “Me” show, thanking the audience every five minutes comes off as patronizing. Complimenting your audience on being good looking or well-dressed may be fun once, but more may come across like sucking up. Try to create patter that makes your audience feel included in your show or in the evening of entertainment.  Say, you are singing a number about the end of a relationship. The audience might relate better to “Have you ever felt this way?” than, “I was so damn miserable.”  “If that happened to you, did you eat the whole cheesecake, too?”

If you are doing a tribute show honoring an entertainer or songwriter try to avoid patter such as, “Sophie Tucker was born in Russia but her family immigrated to Hartford Connecticut in 1909.” Nobody is going to care.   But audiences LOVE when they hear a juicy tidbit such as, “Sophie Tucker had a strong Chicago connection because she had a wild affair with a crooked Chicago alderman. Guess nothing much has changed.” Try to make your patter as much fun as possible.

If you say to your audience, “Now I am going to sing Embraceable You,” you take away their discovery of hearing you sing that Gershwin classic in the moment. The same goes for saying, “Now for something funny.” Let your audience enjoy the moments and at times the pleasant surprises your show provides.

While it should clearly be YOUR show, without those talented souls at the piano we canaries would be home singing in the shower. It adds fun to your show to kibbitz with your accompanist. For example, it is known in our community that I call Beckie Menzie “Sheckie.” It makes the audience laugh and reflects that we are friends in and out of our art.   She has been the music director for numerous performances of Blacklisted—Songs McCarthy Didn’t Want You to Hear. It always gets just the right laugh when immediately following Beckie’s dazzling jazz riff, I say quietly to the audience, “I taught her everything she knows” or “Before we were friends, she could barely get through chopsticks.”  Of course, I asked permission before giving “Sheckie” the beeswax. When I shared a stage with our much-missed Bob Moreen, I was known to call him “Twinklefingers.” That always brought the right chuckle. Think of ways to use patter to demonstrate your affection for your musical director. If you are presenting a partner show or have invited a guest to sing, find ways to show affection, but NEVER insult a guest or make fun of that guest’s appearance or performance in a way that might be considered unkind.

Your Patter Can Change the Mood

Patter is an effective tool to change the mood in a cabaret show. It can lighten the air after a ballad or two or bring a serious tone following a comedy number or up-tempo rock or pop tune.

There Is No Need for Patter before EVERY SONG

A pattern of alternating talking and singing gets old soon. Don’t feel the need to patter in between each song.   Also consider patter that is IMBEDDED in the lyric rather than before the number starts.   Occasionally commenting AFTER finishing a song will add variety to your program. Transitioning directly from a comedy song into a ballad can give your audience a pleasant surprise.

If you are entertaining for a group that is focused on a foreign language, then go ahead and sing in Spanish, or French, or what is called for. However, for a general audience, songs that are not in English may leave your audience feeling left out and disconnected.   If you sing in a foreign language, explain the lyrics in English either before or immediately following the non-English iteration.

Conventional Cabaret Wisdom dictates a particular order for thank-yous. First thank the venue.  Second, thank the director (if someone directed your show).  Acknowledge the musicians by name and by instrument.   For example, “On bass, Jim Cox”. Give the audience enough time for brief applause before thanking the next musician. Generally, it is appropriate to thank the musical director right before the final thank-you which is generally to the audience. You may want to point out and briefly fuss over celebrities in your audience such as office holders or famous entertainers. But, do NOT point out each of your fellow local cabaret singers in your closing patter. That will make it seem endless.

When your patter is excellent you can look forward to Pattery Flattery.