SUZANNE PETRI ON THE COMPLETE ENTERTAINER

What can one say about a person who touched so many people with his kindness, wit, brilliance, and not the least, with his musical prowess and theatrical creativity? 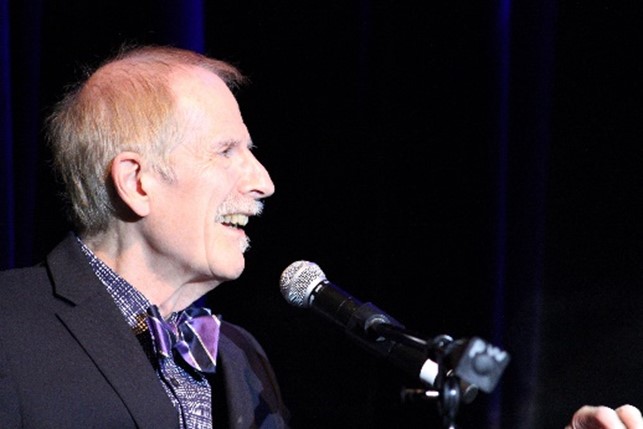 I consider myself one of the many lucky people who got to share his life and music. He worked with so many people, I wish I could have interviewed them all for this piece, but suffice to say, he affected them all and changed their lives.

So let me tell you about how I first encountered Bob Moreen. It was 1976 and I came to Chicago to work. Bob was the Musical Director for Greta Keller at Punchinello’s. My best friend came into town from Minneapolis, and we loved Greta Keller and were so excited to see her live and in person and Bob Moreen was her musical director! Many years later Bob remembered it was then we met, I had told him of my love for Greta Keller. And he generously gave me Greta’s tapes and music, oh what a thrill!

It is clearly Kismet when you have a passing encounter with someone sometime in your life and later, they become an integral part of your life. And so it was with Bob Moreen.

But while I have held him in my heart and mind, recently he had been out of touch as the pandemic put a damper on all the work we love to do, especially not being able to work in person. 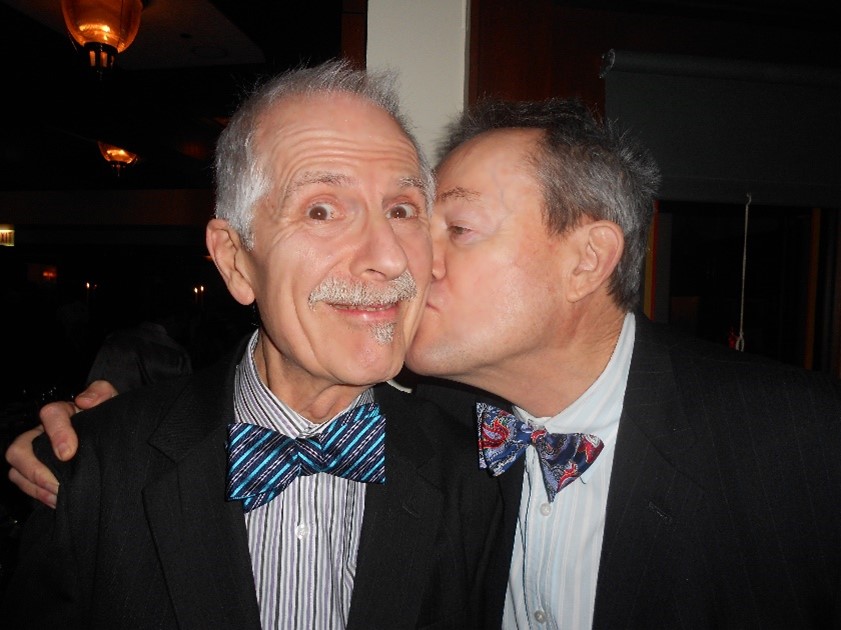 And Bob loved to work; it always came first, as his husband Michael Kelleher told me. In the over forty years they were together they lived around the work, and then did the other things they loved to do as well. They loved having dinner at home and they both loved to travel. They used to drive to beautiful parks all over the country to experience nature. They also traveled to see friends and family and loved to collect Americana and folk-art antiques. They resided in Rogers Park together where they kept a beautiful home and garden, which so many of us enjoyed when we worked with Bob. We worked either at the piano in the living room or sitting upstairs and listening to music and finding delicious songs that Bob suggested. The memories of Bob and me working at the piano or laying out a show at the table, or looking through music and records, or just talking 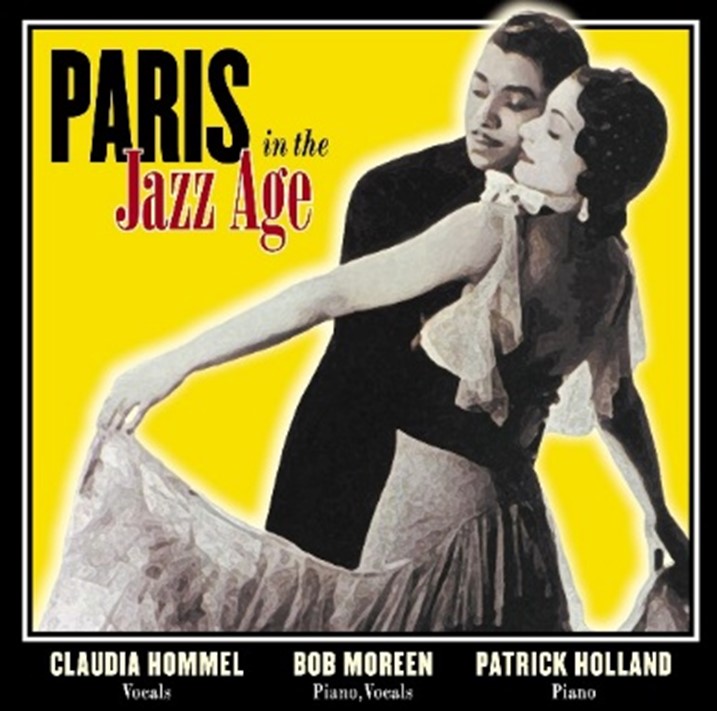 about everything, sustain and uplift me. We do have a big project ahead: we want to go through his music collection and create an archive for musicians to access. We’ll keep you posted!

He loved working with singers, helping them craft and hone their shows to find obscure material, to write specialty lyrics, anything that would make the show unique. He was an inspiring collaborator.

Bob was born in Evanston, Illinois and went to New Trier Township High School. He went on to study at the School of Music, University of Illinois at Urbana-Champaign, graduating in 1964 and ultimately landing in Chicago, where he played all over town and for nearly fifty years, worked with thousands of Chicago performers, serving as musical director, accompanist, singer, arranger, vocal coach and teacher.

He also loved being a cabaret artist in his own right. For example, in his I Won’t Dance; Bob Moreen Celebrates the Music of Fred Astaire at Maxim’s. But also, just present as the man and his piano and voice, as when he subbed for Buddy Charles at the Drake or when he started the Bob Moreen Salon at Cyrano’s.
The Chicago Sun-Times called him, “A special, eclectic piano player.” In the Chicago Tribune, Howard Reich described him as, “An impressive singer in his own right… the complete entertainer.” He truly was. 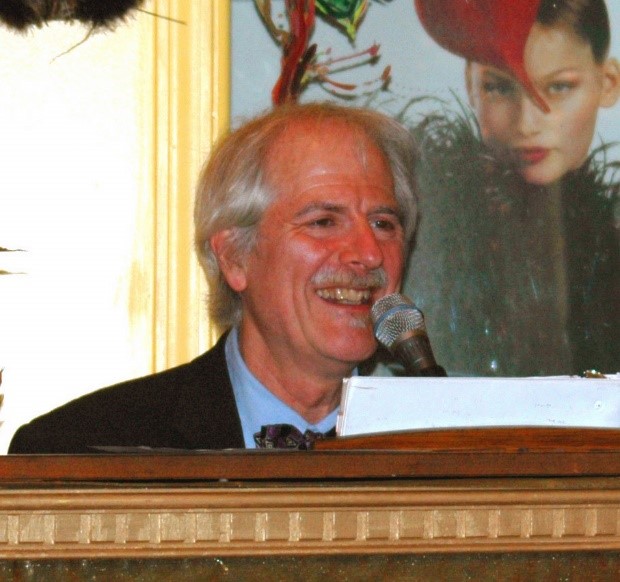 He was featured in virtually every type of entertainment venue as a soloist, accompanist, and ensemble member. He worked with such name entertainers as Dorothy Collins and Gisele McKenzie. He has also accompanied performers such as the Incomparable Hildegarde, Denise LeBrun, Shirley Jones and of course Greta Keller.
After my husband, Bob Breuler, and I moved back to Chicago from Minneapolis in 1986, where I worked at the infamous Domino, I noticed Bob Moreen working all over town, most notably with Kari Howard, his longtime partner, in their Jerry Herman show, which they also toured throughout the Midwest and Florida.

Bob was among the founders of Chicago Cabaret Professionals in 1998, and that’s when I really got to know him (and found out I had witnessed his brilliance many moons ago at Punchinello’s.) As we moved on with this newly formed organization, we finally got to work together when I was called for a gig and Bob was 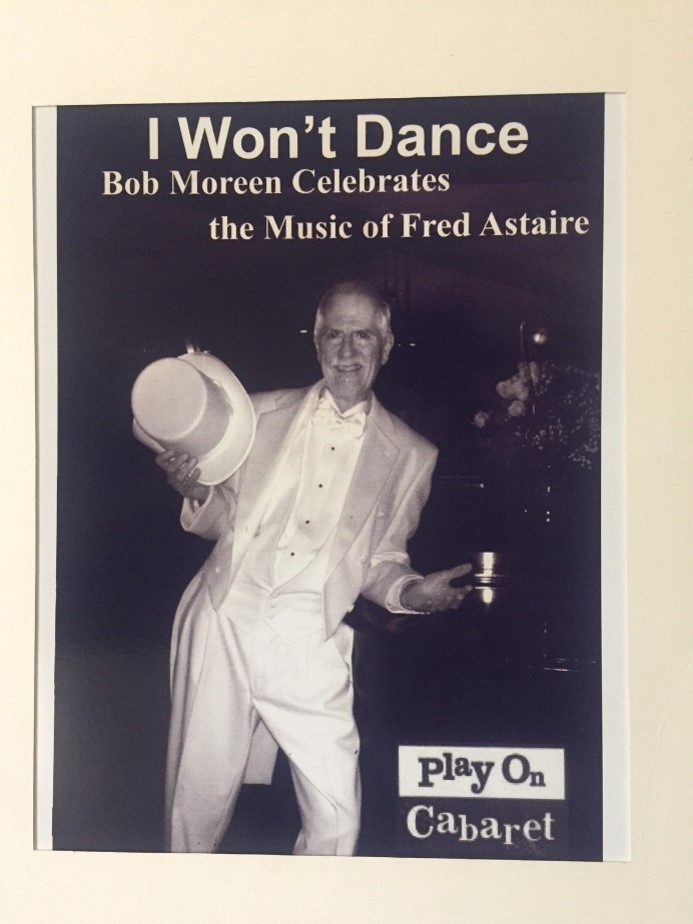 available! From then on we indulged our love of Kurt Weill, Noël Coward, Marlene Dietrich, Edith Piaf, Jacques Brel and of course, the great American songbook.

I was CCP Board President until 2011 and Bob had been Chair of our Board of Advisors from the beginning until now and our trusted advisor. The period we worked together was a time of incredible growth as we did Gala benefits and productions with a great board and membership and grants from the City of Chicago. Bob, Daryl Nitz (our Vice President) and I worked our way up to our first Park West CCP gala. So many people helped us fulfill that dream, especially our audiences!

Meanwhile, we collaborated with the city at the Cultural Center and Maxim‘s and other venues. And then in 2008 we started a new venture with Jim Jensen at the Drury Lane Water Tower Place: Musical Mondays. Bob started out as musical director and was advisor throughout the run. Whew! 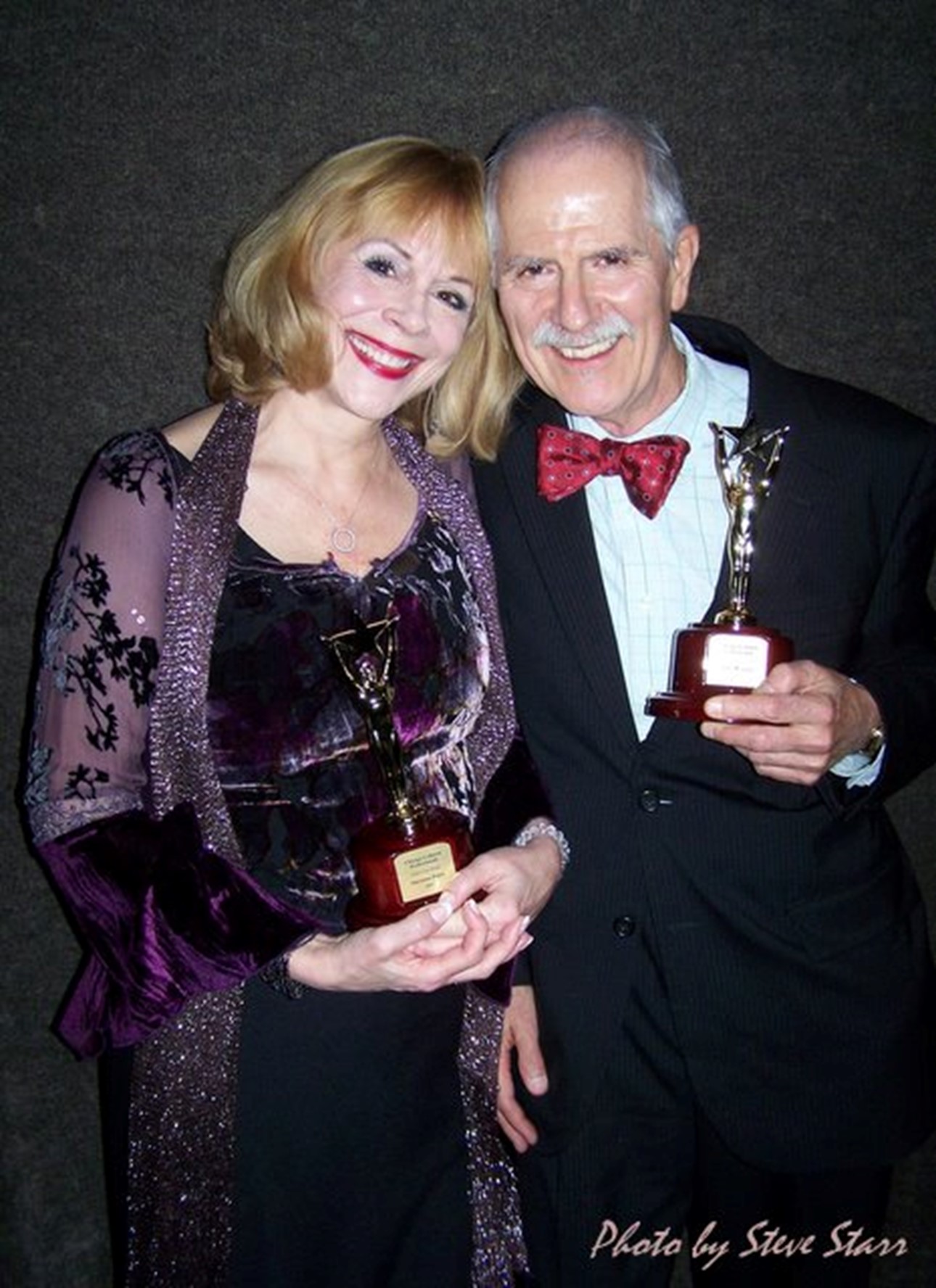 In 2009 Bob and I were honored by CCP, he with the Lifetime Achievement Award and I with the Gold Coast Award. How glorious to share the evening with him as he performed and received his award, so richly deserved.

Bob and I put together so many shows and tributes to artists from Rosemary Clooney to Stephen Sondheim. One of my favorite shows we did was A Couple Of Characters, where our theme was ourselves and our favorite songs, solos and duets like You Could Drive a Person Crazy and Trouble in River City. Yes, we had the same slightly tilted sensibility!

In those days we also began our Marlene Dietrich show which we did at Davenport’s, Maxim’s and then Celebrate the Holidays with Marlene which opened the Pritzker Pavilion Cabaret with a View series in 2010 with Jim Cox, Dez Desormeaux, Bob and me and special guests John Mohrlein and Bob Breuler. It was a magical night on December 20th with the snow lightly falling on Millennium Park and all of us guided by Bob, incomparable Musical Director and arranger. 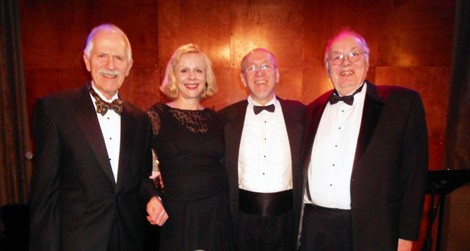 In 2013 we brought our Noel Coward show, A Little Touch of Coward in the Night, with John Escola and Bob Breuler, to Davenport’s to rave revues, especially from Howard Reich in the Chicago Tribune. And in 2014 we took it to the Metropolitan Room in NYC. How fabulous to all be together in the Big Apple! Even Julie Wilson and Barry Day attended, as well as many friends and family. Noel Coward inspired us in so many ways. He was always writing and rewriting the songs to fit the time and place and next to Coward there was no one better at writing updates and parody lyrics than Bob. Coward was known as “The Master.” Well, Bob wore that mantle for our time. He was our “great glamourous cookie.”

We were planning a show at Steppenwolf’s 1700 Theatre in 2020, but then the global pandemic stopped us all in our tracks. We started work on it and couldn’t wait to get together but it got to the point where we didn’t know if we would be able to do a whole new show. It really seemed like it would be a long time before we could even get together. So, our last show was at Davenport’s, SuzBo and Friends in October of 2019.

I just ran into the producer of the 1700 Theater and he suggested we do a tribute to Bob. Absolutely! So many possibilities! I’m so thrilled that Michael gave me the music Bob had of my shows, including charts for bass and reeds. We are doing a tribute The Quintessential Cabaret Man at Le Piano, November 29, and then another, details to be announced, around Bob’s 80th birth date, January 19, at the Skokie Theater.

I am so blessed that I have been able to spend time with Michael, Bob’s beloved husband and partner in life, and my dear friend. Bob is also survived by his brother Denis Moreen, sister Pam Ahlf, niece Suzi Ahlf, nephew Michael Ahlf, and many more relatives and so many friends and colleagues who loved him.

Bob will live forever in our hearts and we will savor the memories and the music he has given us. So many people have lost so much this year, all we can do is remember to love each other and live life in the fullest way we can. See you at the show. Peace and love and blessings to all.