The Cost of Doing Show Business

Doing a show is often the dream of anyone who has enjoyed singing in a cabaret setting. But the financial aspect of producing a show can be a rude awakening. The singer is responsible for all up-front costs of putting up a show, and they are the last ones to get paid. 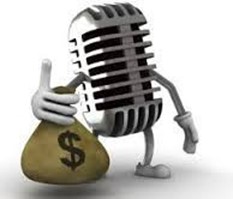 For this article, we interviewed musical directors and performers who have done shows recently, and we surveyed a few of the more widely used per- forming venues. On the creative side we address the cost of arrangements, rehearsals, props, attire, and the fees of the musical directors, artistic directors, and additional musicians. On the logistical side we address the cost of the venue, technical support, promotion, printing, and attire.

[NOTE: Whether it is with other musicians, arrangers, or directors, it is im- portant that financial terms be agreed upon up front. Being shy about dis- cussing money can lead to huge misunderstandings which can, at best, cost someone involved money and, at worst, ruin a good working relationship.]

$125 to $200 for the night of the performance. Rehearsals with musical directors range from $40 – $65 per hour. In some cases, rehearsal and performance fees can be negotiated as a package.The frequency of rehearsals is completely up to the vocalist and will depend largely upon a few factors:

It is not unusual for the creation of a show to take 15+ sessions with a musical director, while a singer who merely needs an accompanist with some musical guidance might be able to get away with as few as 5 or 6 sessions.

Additional musicians, such as bass players, drummers, and guitarists, typically charge a minimum of $125 for the night of the performance, and $50 to $65 per hour for rehearsal time as needed.

Arrangements. In many cases arrangements are worked out between the performer and the musical director as part of the show preparation and rehearsal process leading up to a show. But if a special arrangement is needed or desired, it can be prepared either on a flat fee basis or on an hourly basis (typically $50 to $75 per hour).

Stage Director. Some musical directors will fill this role as part of his or her service, but there is a limit to what they can do from behind the piano. Some shows cry out for guidance from a stage director. Many are simple enough that you can have an experienced friend look over the show and give you feedback. If you decide you want to hire a director, expect to spend $35 – $75 per hour for their services. If that person is helping you to create the show from start to finish, they may also expect some back-end money every time you perform the show.

Promotion. Promotion typically involves printing of attractive color postcards containing a photo or graphic im- age of the performer, details of the show, etc. Here’s the fee breakdown for postcards?

Email promotion is very low-cost or free. Services like Constant Contact,Vertical Response, or Mail Chimp are very low cost and will be more effective than e-mails sent from your home account. Not only will they look nicer, they also won’t end up in SPAM folders.

Facebook Event Pages and invitations are free, though they are becoming less effective with time. The most effective way to use FB for promotion is to post your event repeatedly, so it shows up in people’s news feeds.

Props and Attire. Your show may or may not need any props, but you definitely need to be dressed! Don’t forget to include these in your budget.

The Venue. Davenport’s is the venue most commonly selected by our members, so we will focus on its charges.

Cover charges for Davenport’s run from $10 to $25 per person. Performers set their cover price and then receive that cover charge less $3 per person. In addition, the performer also pays a $35 tech fee. For the $3/cover that Davenport’s takes, Davenport’s will promote your show on its website, in their listings, and on their monthly postcard.

Davenport’s reserves the right to cancel a performance, if there are fewer than eight people in attendance. A $45 fee will be charged to the performer to cover tech costs if the show is cancelled, or the performer may agree to pay

Other venues used by CCP members include the Skokie Theatre, The Mayne Stage, Uncommon Ground, Wilmette Theater, and The Back Room. Each of these venues has its own financial arrangement with artists. Be sure you know up front what the costs are and what you’re getting in return for the fees they charge.

The Bottom Line. If we assume a one-time performance that requires musical direction, only a look from a director, no special arrangements or extra musicians, and we take average pricing, here is roughly how it looks: 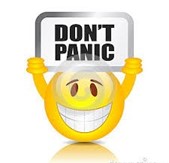 Don’t be too discouraged. If you were to do a second show and were able to get 50 more people, that loss would be cut to $465. If you were then able to sell the show elsewhere (libraries, other clubs, etc.), you would start to make money on the show.

We spoke to one well-established singer in town who has put out a new show every 12 – 18 months for the last 10 years. She said it is always her goal to make back her production costs with the initial run of the show (3 – 4 performances). After that, everything is income. The key, of course, is to make a sellable show.

Cutting Costs. There are always ways to cut costs. Perhaps you already have a great professional photo. Perhaps you can barter services with a designer or photographer or musical director. Maybe you can reuse a gown or, better yet, find a new (to you) dress or suit at a resale shop.

Being creative about financing your show is as important as being creative with the show itself. Remember, it takes time to develop new work, grow into an accomplished artist, and build a following.